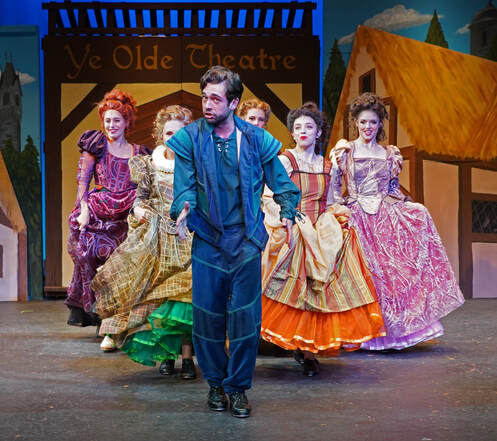 Nick Bottom in Something Rotten/2022 BWW Boston Region "Best Performer in a Musical" nomination
​“Jordan is an old-fashioned triple threat.  When onstage his enthusiasm, passion, and talent compel you to watch him. When offstage his curious spirit and generous heart simply make you want to be around him.” Michelle Pawk (Wagner College Performing Arts Faculty - 2003 Tony Award for Best Featured Actress in a play - Hollywood Arms). 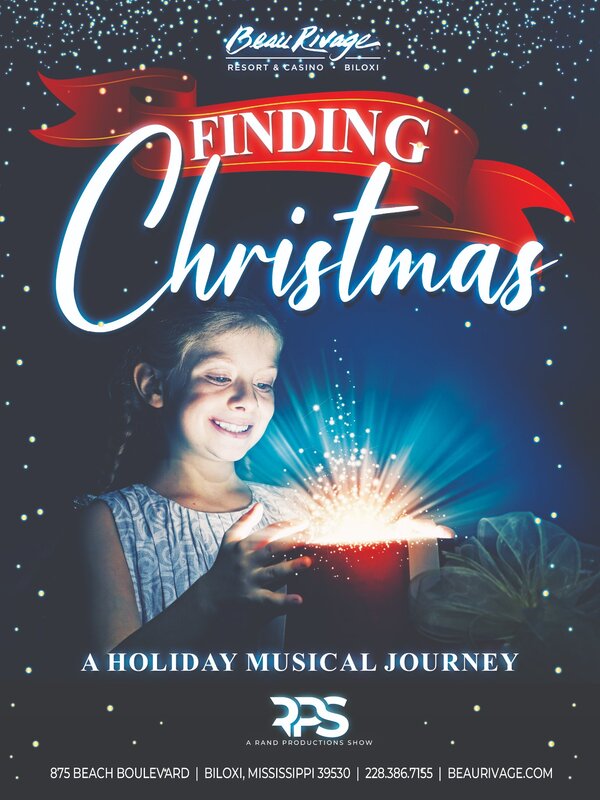 Jordan Thomas Burnett - Lead Vocalist​
“Jordan has the perfect combination of talent, attitude and drive”, “In 20+ years, I have never been more impressed with an artist!” Jeb R. (President & Executive Producer, Rand Productions)

"Jordan exudes talent with the charismatic stylings of a young Gene Kelly and Fred Astaire."  "Jordan took every dance step and gave it such style and conviction."  Dewayne B. (Finding Christmas Choreographer) 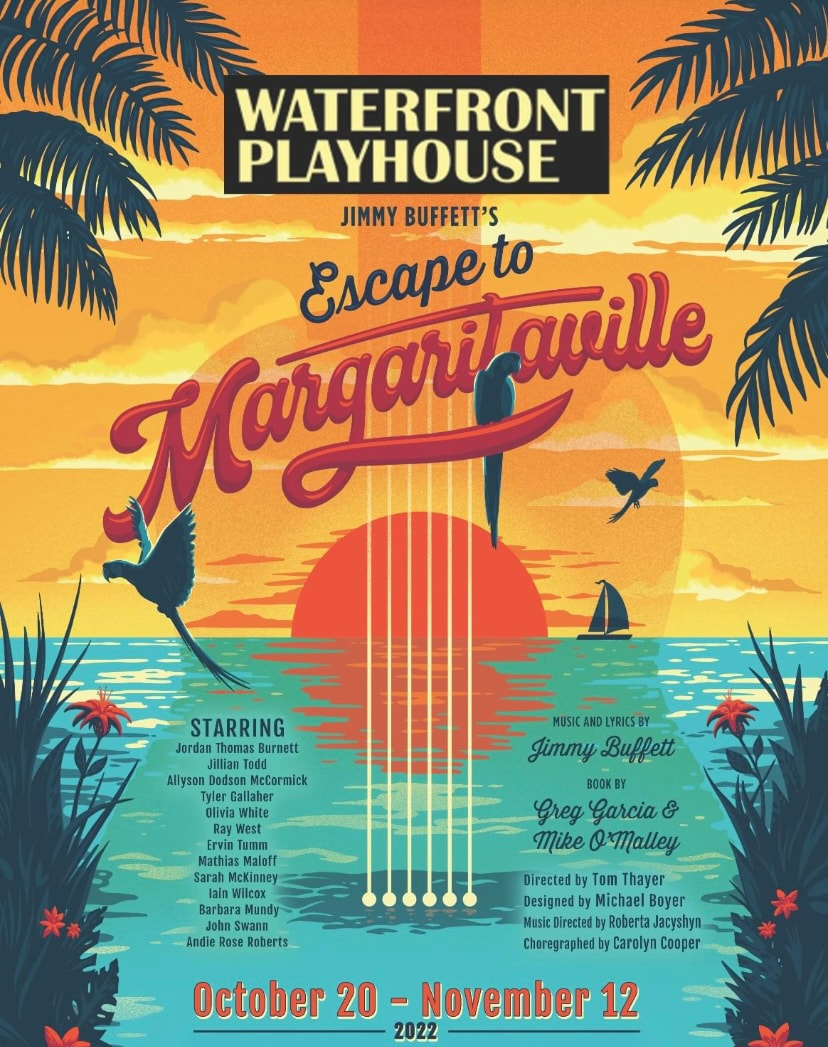 Jordan Thomas Burnett as Tully Mars
"Jordan's natural gifts and work ethic in combination will take him further than most.  He is a triple threat with a big heart and a great sense of humor. He has both the special characteristics that can be taught (he is a highly skilled tapper, an impressive vocalist, a compelling actor) and, perhaps more importantly, the special characteristics that can't be taught (compassion, empathy, curiosity).  After working with Jordan, one thing is for sure:  you'll want to work with him again."  Jillian T. (Rachel in Escape to Margaritaville)

"Jordan is such a joy to work with, I've enjoyed creating unforgettable moments with him on and off stage!  It's quite inspiring to watch him work, his work ethic is TOP TIER.  Jordan is always working on how he can be improving/perfecting his performances. Aside from being truly such a talented and hard working human being, he's also been such a great friend whom I cherish deeply". Tyler G. (Brick in Escape to Margaritaville)
​
"Jordan, it has truly been an honor to watch you on stage every night.  You are a true professional.  I am in awe of your talent, and yet you are so centered. You have zero ego. I cannot wait to watch your career take off." Andrew T. (Stage Manager for Escape to Margaritaville)

This production is a super fun and enjoyable night of theatre for all, no matter your familiarity with Buffet songs. Perhaps most importantly the singing, dancing and acting by the cast is magnificent. The leads, Jordan Thomas Burnett (Tully) and Jillian Todd (Rachel) are fantastic." Emily B. (Konk Life Editor, the little network with a BIG VOICE)

"What an awesome small theater. We saw Escape to Margaritaville and thoroughly enjoyed ourselves. The audience sang along to songs, they sold margaritas on stage during intermission, and the end was typical Jimmy Buffett style.  The actors were all excellent.  We left with a little perk in our step and smiles on our faces. Thank you to all who worked hard on this show!" Rosemary N. (Audience 11/2/22 performance)

Jordan Thomas Burnett as Nick Bottom
"I live in Priscilla Beach (near the Malone’s)., and have been to several plays at P.B.P. and this was, without a doubt, the best. You were beyond magnificent. I hope to see you again." Mary Ellen W. (Something Rotten Audience)

"Jordan - I speak for Bob and I when I say it has been a true pleasure cheering you on each night. This show has been spectacular.  Every actor is amazing. You are a star.  I wish you all the best where ever your career takes you.  You are so talented and such a wonderful person."
Sandy M. (Owner & Guardian Priscilla Beach Theatre)

"I don't think I've ever gotten to work across from someone who has taught me so much and matched my passion for this work moment to moment like you". Isabel L. (Bea in Something Rotten)

Jordan Thomas Burnett as Sky Rymand
"Your drive is unmatched and I have no doubt it will take you anywhere you dream of!" Amanda H. (Sophie in Mamma Mia)

"Jordan - Such a pleasure to have had your wonderful skills and personality with us again this year. A huge thank you from us to you. You clearly already have all the skills and traits needed to be on Broadway and in films right now! Now, it’s just a matter of getting that break (which you will)."  Bob M. (Owner & Guardian Priscilla Beach Theatre) 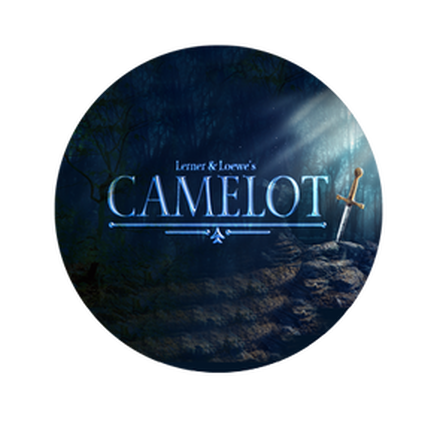 Jordan Thomas Burnett as Mordred
"I just saw you in Camelot tonight. You are with a talented cast but there is something special about you. If you stick it out you will go very far. You were excellent in all parts especially as Mordred. Good luck in your future." Tricia C. (Suncoast Broadway Audience)

"Jordan - I just wanted to say what a fantastic job you did yesterday with your role in Camelot. My wife and I have been season ticket holders for over 20 years in Kansas City at the New Dinner Theater. Your Performance was so good. Just wanted to say thank you and hope to see you in other performances."  John R. (Suncoast Broadway Audience) 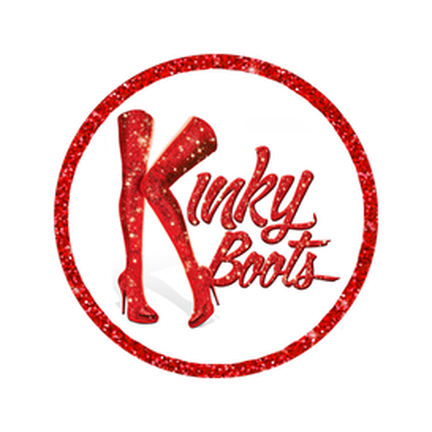 Jordan Thomas Burnett understudy debut as Charlie Price
"You killed it!  Made us all very proud!"  Emily B. (Suncoast Broadway Associate Producer/Choreographer)

"YOU PULLED IT OFF! An actual star. So proud of you and truly thrilled I got to be your Lauren even for a second,
​because WOW!" Jenna P. (Lauren in Kinky Boots)​

Jordan Thomas Burnett as Lucas Beineke
​(Plays-in-the-Park and Priscilla Beach Theatre)
"What a joy it has been to share the stage with you. You took a small role, rather dull role and turned into a star turn.  Well done!! I think you are an incredible performer with an easy, open stage presence. I can't wait to see all the wonderful things you will do in the future. I think you will work consistently! You are truly gifted!"  Susan P. (Morticia in Addams Family at Plays-in-the-Park)

"Your smile is as big as your heart, and your talent matches them both! It has been a joy watching you grow in this role!" Brett J. (Court Jester Ancestor in Addams Family at Plays-in-the Park)

"So much talent! Looking forward to saying I knew him when.  Cheers to a Tony worthy performance that will become the stuff of park legends."
Lori C. (Ballerina Ancestor in Addams Family at Plays-in-the-Park)

"I'm so glad we got the chance to work together, you are so talented! You're such a great scene partner and you give so much!
Shannen D. (Wednesday in Addams Family at Plays-in-the Park)

"Seriously, can you be any more freaking talented?? You are terrific! " Eddie C. (Gomez in Addams Family at Plays-in-the-Park) 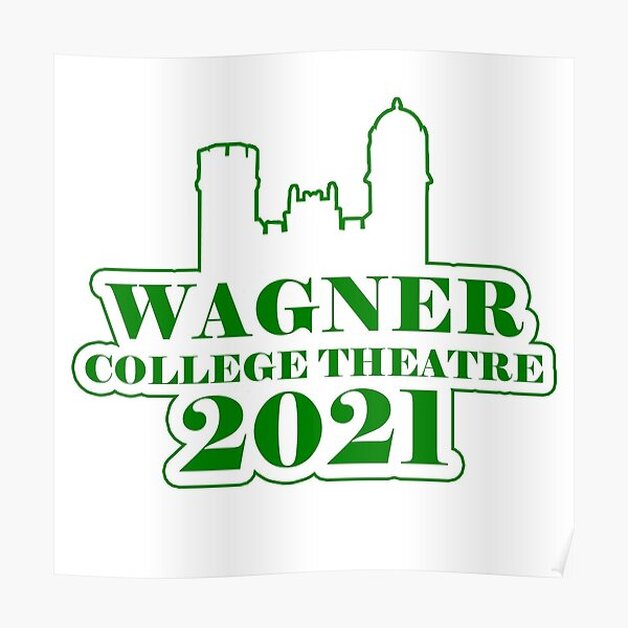 Jordan Thomas Burnett  - Wagner College Theatre (2017-2021)
​Double Major (Theatre Performance & Design/Tech/Mgmt.)
“Jordan is an old-fashioned triple threat.  When onstage his enthusiasm, passion, and talent compel you to watch him. When offstage his curious spirit and generous heart simply make you want to be around him.” Michelle P. (Wagner College Performing Arts Faculty - oversees the Senior Experience for Performance Majors, including "The Professional actor" and Senior Showcase").

"You're a true talent and an absolute joy to work with!" Remy V. (Playwright/Director, Wagner College Theatre Alumnus)

"When I met you, you were already crazy talented! Your talent has only grown as you have matured and it's amazing to see. When Broadway opens back up, I can't wait to watch them fight over you.  And you know I won't miss opening night, not for
anything! I am so proud of you Jordan". David M. (Music Mountain Theatre Actor/The Cowardly Lion to
Jordan's Scarecrow in The Wizard of Oz).

"I just spent a long time on your website. I hope you are going to pursue a full out Broadway career with thick skin, hard work and
not taking anything for granted. Artists are driven to do their craft".
Linda M. (Westminster Choir College Vocal Instructor/Jordan's summer college vocal coach)