Biography:
Jordan Thomas Burnett is an 2021 honors graduate of Wagner College in Staten Island, New York, where he worked towards a double major to fully immerse himself in the theatre program.  He holds a Bachelor of Arts degree in Theatre Performance and Design, Tech, Management.

Jordan concluded his time at Wagner in their senior theatre showcase in addition to a run as the Stage Manager for Dance Project. Other senior performances include a Wagner College Shakespeare on the Oval virtual performance of Kit Marlowe's Edward II as Edward and an appearance with the senior theatre performance majors in "The Other Side of The Rainbow" cabaret which was live streamed for audiences.  During the summer of 2020 before beginning his senior year, Jordan performed in multiple courtyard cabaret performances at Bucks County Playhouse in New Hope, PA made famous by Grace Kelly. Unfortunately, his summer senior apprenticeship as a performer in The Addams Family Musical at Bucks County Playhouse was cancelled due to Covid-19.

Jordan hails from Hamilton, New Jersey where he had an early fascination with music and began performing in middle school. Some of his most notable roles include King Edward II (Edward II), Lucas Beineke (The Addams Family Musical), Scarecrow (The Wizard of Oz), Tom Sawyer (Tom Sawyer The Musical), Chef Louis (The Little Mermaid), Mordred (Camelot) and the chance to understudy perform as Charlie Price (Kinky Boots).  Jordan is registered with Central Casting New York and is excited to look for background work as the pandemic restrictions become lifted and performers are back on stage and in front of the camera.

​Projects:​
Jordan has been a part of some very exciting projects in the past including his comedic performance in Love/Sick's Obsessive-Impulsive scene which is part of a ten-play cycle about love and loss.  The audience thoroughly enjoyed the humor Jordan brought to his role as Lucas Beineke in a Middlesex, NJ Plays-In-The-Park production of the Addams Family and he was nominated for a Broadway World Regional Best Supporting Actor Award.  Jordan auditioned and was selected as a finalist to sing The National Anthem for a Somerset Patriots game at TD Bank Ballpark in Bridgewater, NJ.  He has traveled to Costa Rica with the Wagner College Choir on an exciting ten day tour, competed in Wagner’s annual Italian Idol Competition and performed in a quartet at the Broadway Cares/Equity Fights AIDS Concert.

On the New York City circuit, Jordan has appeared as a cabaret soloist at Don't Tell Mama restaurant and piano bar, The Duplex, The Producers Club and graced the Carnegie Hall stage with the Wagner College Choir.  Jordan trained with his Wagner College vocal coach Anthony Turner where he performed annually in a spring vocal recital. Upon graduation Jordan spent the summer in Beach Haven, NJ performing a cabaret style show at Show Place which was featured on Good Morning America. He also performed in the annual NJ 101.5 Big Joe Jersey Talent Show in Point Pleasant, NJ.  Jordan finished 2021 with a successful run as Lucas Beineke in The Addams Family at Priscilla Beach Theatre in Plymouth, Massachusetts, then entered a contract as part of the 2021-2022 Resident Company at Suncoast Broadway Dinner Theatre in Hudson, Florida where he first appeared in A Christmas Story The Musical.

Jordan just concluded his appearance as Mordred in Camelot and also had a successful run in Kinky Boots where he had the honor to step into the understudy role as Charlie Price, both on the Suncoast Broadway Theatre stage.

Next up, Jordan will be heading back to Priscilla Beach Theatre in Plymouth, Massachusetts to join their 2022 summer resident company. He will appear as Pepper in Mamma Mia and Nick Bottom in Something Rotten.

Volunteer Work:
When he is not performing or involved in a production assignment, Jordan has previously enjoyed his work with the Boy Scouts of America and completed a seven year journey to achieve his Eagle Scout Rank with Troop 91, in Hamilton, NJ.   He has been a passionate volunteer with Project Appalachia, a week long summer mission trip sponsored by Saint Gregory The Great Church also of Hamilton.  The Community Christian Choir was an important part of Jordan's life through high school. The choir has raised and donated more than $256,000 during their twenty five year history. Jordan has also dedicated time during the summer months teaching performing arts to elementary and middle school students.  He firmly believes it is important to teach future generations the value of the performing arts. 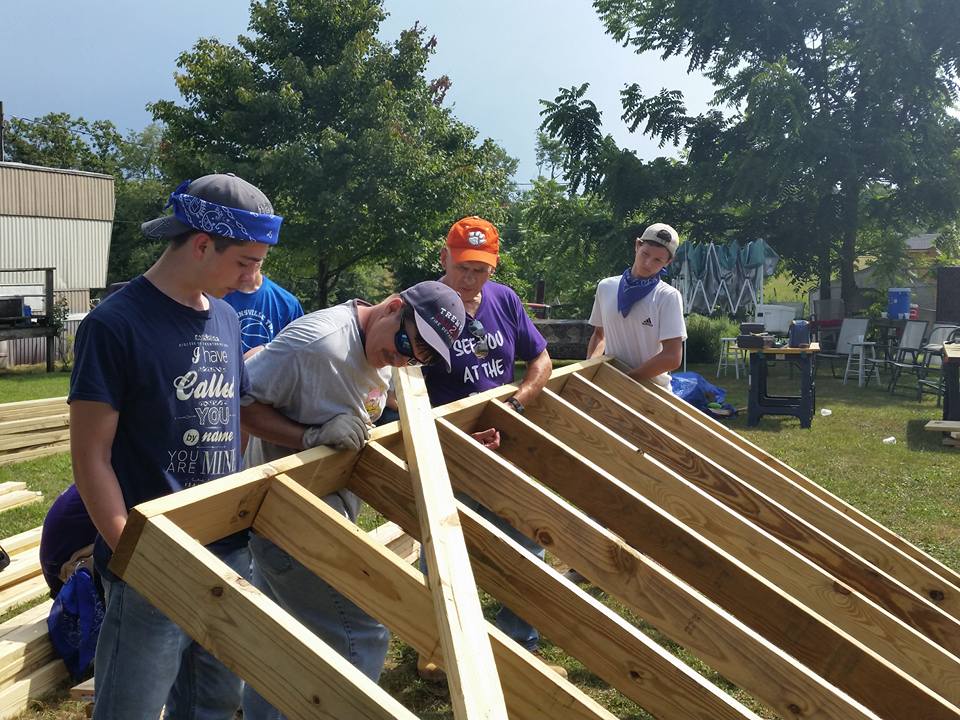 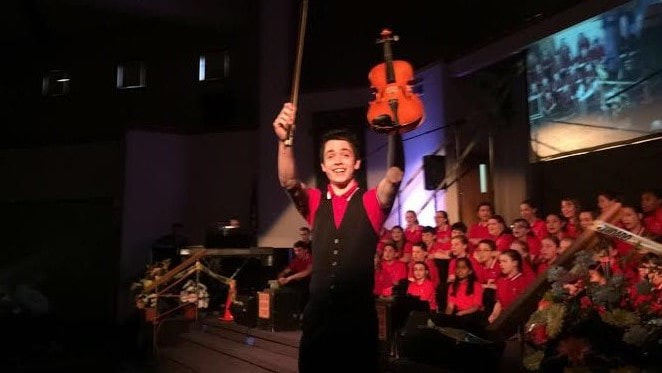